There is a great deal to see in Edinburgh, so if you have limited time available you will need to make choices. To help with that I will break down some of Edinburgh’s many attractions into categories. So, here’s a summary of things to see and do in Edinburgh for those attending EDUC 2018. 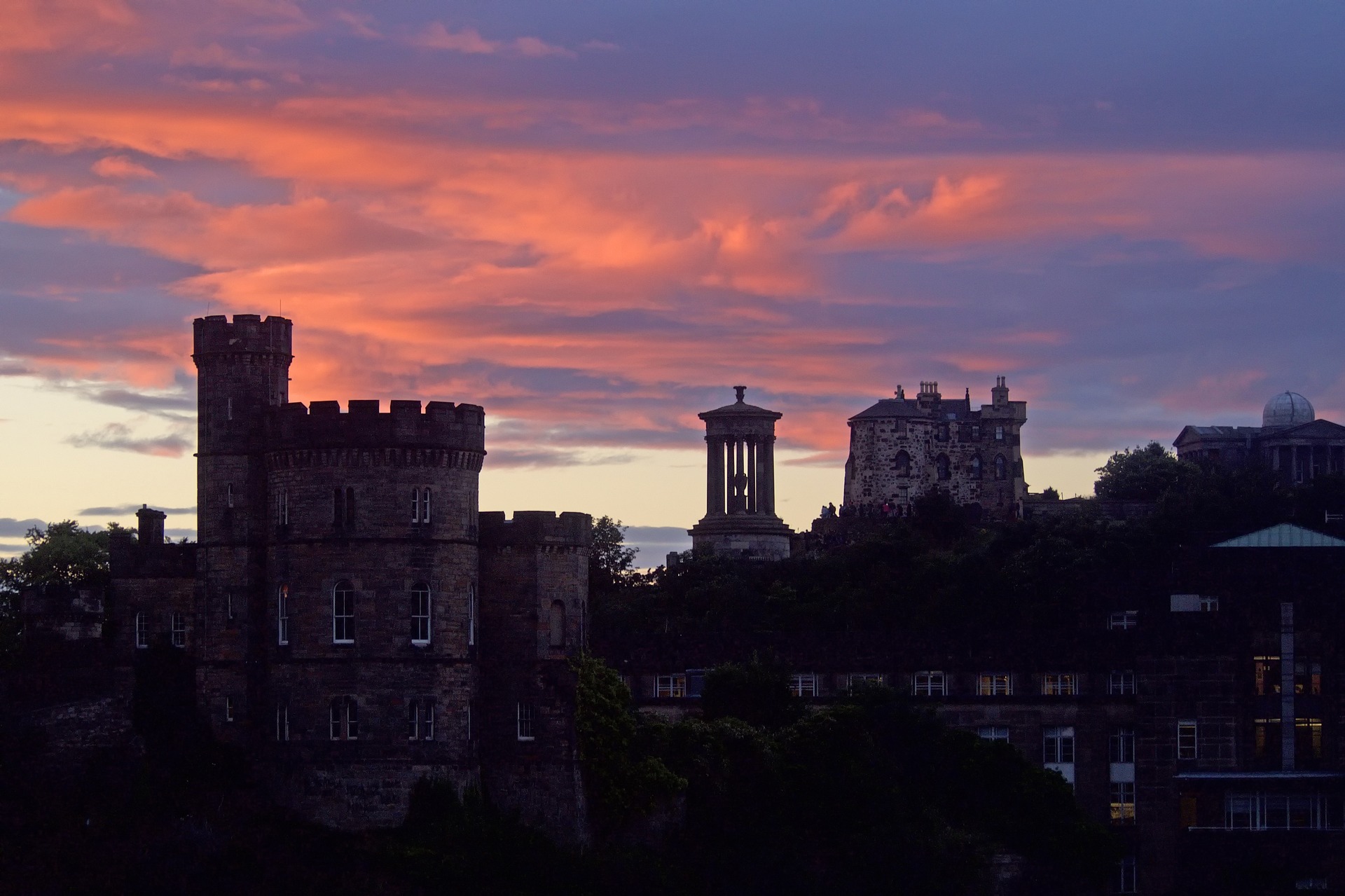 The heart of Edinbugh is divided between the tangled three-dimentional maze of the Old Town (Scots: the Auld Toun, or Auld Reekie), which clusters around the Royal Mile, built on the volcanic tail left when the flow of the ice-age glaciers parted around the obdurate mass of the Castle Rock, and the elegant neo-classical grid of the New Town (no Scots version: the wealthy residents here spoke proper English!) to the north (top-left area of the map above; the New Town actually extends farther to the north and east, but the map shows its original design). The newness is relative (like The New World, or Newcastle-upon-Tyne, whose “Castle” was “New” in 1080!) – Edinburgh’s New Town is over 250 years old. Separating the two is a valley (a drained loch) now occupied by Princes Street Gardens and Waverley railway station, crossed by The Mound (constructed on the excavated rubble from the New Town’s foundations) and the Victorian spans of North Bridge and Waverley Bridge.

And what to eat? Well, haggis, neeps and tatties obviously! (Oops, sorry about that last link! Try Google Translate, maybe?) No, seriously, although haggis may be made out of all the bits of a sheep you’d rather not hear about, the result is delicious!

OK, so haggis is not to your taste. Let me sing instead the praises of Cullen Skink – made well, it is Nectar of the Gods… made less well, it is still to die for. Give it a try – you won’t regret it!

Shortbread and tablet are Scottish confections which strip away the non-essentials and concentate on delivering the consumer their desired maximal sugar-hit with minimal extraneous fuss. Alongside chip-suppers and deep-fried mars bars (yes, that really is a thing), they are probably responsible for the poor state of Scots dentistry, the prevailing coronary rate and the Scottish obesity epidemic. Yummy!

Other attractions and sights

My own personal preference is for simply strolling around the Old Town, in particular the upper parts of the Royal Mile and the numerous ancient closes, wynds and alleys that descend from it, or down Victoria Street to the Grassmarket and the Cowgate, but here are some of the places you might like to specifically visit:

Talking to the locals

In spite of my occasional imputations to the contrary, most Scots you will meet in Edinburgh speak perfectly comprehensible English, albeit with a distinct accent (much less so than in many other parts of Scotland, however). Topics of conversation which you may want to avoid if not wishing to become embroiled in heated debate are Scottish Independence (Scots are profoundly – and in some cases, passionately – divided on the issue) and Brexit (Scotland voted very strongly against such lunacy, proving that, on some subjects at least, Scots are fully rational).

The Scots are prone to define themselves in opposition to the English (Sassenachs). Abroad, if asked if they are English, they will assert their nationality quite forcefully (Je suis Écossais! – Ich bin Schottisch! – the latter almost the first German phrase I learned). It is not that they don’t understand that their interlocutor really intended to ask if they are “British”, it is simply that they are making a point! Centuries of warfare and conquest have not entirely been forgotten, nor forgiven, even in Edinburgh – probably the most “English” city in Scotland.

Otherwise the denizens of Edinburgh are almost universally friendly and welcoming… just don’t get into arguments with the drunk ones! The toast is: “slàinte mhath” – don’t worry about the strange Gaelic spelling – almost nobody in Edinburgh speaks Gaelic anyway – just say “Slanje!” (no Assia, not “Zanzibar“!).

Edinburgh has a centuries-old reputation as an international centre of arts and culture, dating back to (and even beyond) The Scottish Enlightenment of the 18th century. Supporting that tradition, and exhibiting many of its fruits, are Edinburgh’s copious array of art galleries and museums (admission is generally free except where noted); a small sample are:

In a few places above I have mentioned getting one bus or another to wherever it is you would like to go. Here is a tip: in Google Maps zoom in on where in Edinburgh you are heading for. Once in close, look for the little blue public transport icons nearby. Hovering your mouse over these, or clicking on them, will bring up the numbers of the bus services which stop there (remember they will generally be on two sides of any given street and in Britain we drive on the left, so make sure you are looking at the correct direction, while on busy streets like Princes Street, different services use different stops).

Then go to this Lothian Buses page and from the combo-box select the number of the service you are interested in. The map below the combo will refresh with that bus’s route (including an indication of whether the service is currently running) and you can then zoom in on that to see where you might most conveniently catch it (or not, as the case may be).  You will need to use the zoom-in/out buttons here, but as a plus the direction the bus is going in is indicated with arrows on the stops. You can then build your own timetable in the panel to the right.

Also very handy is the Lothian Buses app (download links at the bottom of that page). As well as showing timetables, it does real-time tracking of the actual buses by GPS, so once at your stop (or sitting comfortably in a nearby pub!) you can see how long you will be waiting, which can take a lot of the frustration out of bus travel.

Read news from previous years in our News Archive